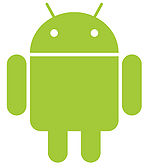 Ever more people use smartphones as a medium for their digital life. This is especially the case in emerging countries, which are targeted by Kiwix. We think Android will be the most important mobile platform in the next years, especially for the cheapest devices. Android is in addition, unlike the Apple AppStore, open to free software. Consequently, our next big step is to port Kiwix to Android. The Wikimedia Fundation is really interested in.

We have tried first to use the Mozilla Gecko Platform we already use for the desktop app. but we failed. The framework is not adapted to do that and without support this was impossible.

We wanted then to use the Cordova-Qt framework and we have built a proof-of-concept. But Cordova-QT does not really work so good like it theoretically should. So, we have abandoned this idea.

Then, we wanted to use a pure QT app. This would have offer a fast app. but at the same time this app. would not have the look&feel of "traditional" Android apps. but also be pretty big (big apk file).

We finaly decided to propose an app. with a native Java user interface with a fast binary code comming from the Kiwix code base (using JNI). 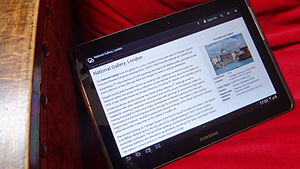 The WMF has sponsored two tablets in June 2012 and with this help we have release a first version of Kiwix for Android in April 2013, after a one week hackathon. More details on the Software page.